Football injuries you may see while watching the European Championships 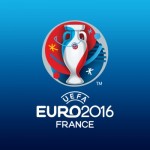 In this blog we will discuss two common and two not so common injuries that occur in football and may occur during the European Championships.

The majority of injuries sustained in football are lower limb injuries with most caused through either trauma or an awkward landing.

The Euro football players will complete a long and effective warm up starting slowly but finishing at match pace. This is important for reducing muscle injuries, as it allows the muscle to become more extensible when the tissue is warmer. 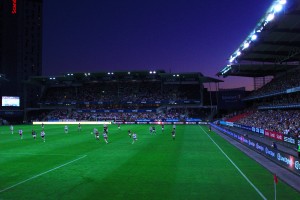 What to look out for?

When watching the games, watch out for the player who suddenly slows from a sprint to a hobble holding the back of their leg.

What will happen to the player then?

The player will be assessed and removed from the game if required. The RICE protocol will usually be followed (rest, ice, compression and elevation) to reduce swelling and pain. The player will then undergo rehab; depending on the severity of the injury, this can last between weeks and months.

Ankle sprains are a common injury when the ankle is twisted (usually inwards) damaging the soft tissue around the ankle. This soft tissue includes the ligaments and the capsule which, when damaged, causes bleeding into the area. This causes swelling and ankle pain. 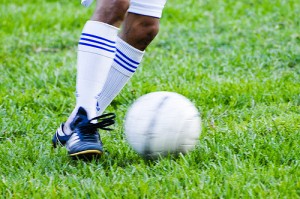 What to look out for?

Watch out for players landing and looking like their legs have buckled. On replay, the bodyweight will go through the player’s ankle rather than the foot.

What will happen to the player then?

The player will be assessed and if required substituted and the RICE (see above) protocol will be followed. The Ottawa ankle rules are usually followed to identify whether an X-ray is indicated:

Pain surrounding the malleolus and:

The player will then undergo rehabilitation and depending on the severity, may return to play within the week or the more severe cases may take months.

Metatarsal fractures have risen to fame in recent years thanks to the England Football team. David Beckham, Wayne Rooney, Ashley Cole and Steven Gerrard have all sustained this injury. 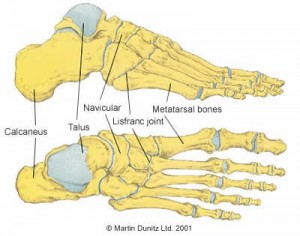 Fractures to these bones can be caused through trauma, excessive twisting of the foot and overuse. In football, it is common to fracture a metatarsal through kicking an opponent’s foot, an opponent standing on the foot. There is a strong ligamentous attachment to the 5th metatarsal and a badly sprained ankle can pull of a small bone fragment. Overuse or stress fractures usually present as pain to the region before converting to a fracture.

The player will find it difficult to walk with pain over the fracture site. Swelling is common and bruising usually presents within a few days. If the fracture is well aligned then the player will be immobilised in a removable cast and non-weight bearing for 6-8 weeks.

Over the years there have been some famous career ending leg breaks. David Busst suffered the worst injury in premier league history when he suffered a double compound fracture with the cracked fibula piercing the skin in 1996. The injury was so severe the Manchester United goalkeeper Peter Schmeichel required weeks of counselling and the match to be delayed for 15 minutes whilst the blood was washed off the Old Trafford grass. Luke Shaw is the most recent high profile leg break in English football suffering a double leg fracture.

Luke Shaw underwent surgery to bring the fracture as close together as possible and then immobilised to allow the fracture to heal. Under close supervision of the medical team, weight bearing is increased to aid the strengthening of the bone during its healing process.

Physiotherapy would progress the rehab maintaining muscle strength in the leg and the range of movement and proprioception in the ankle once able. 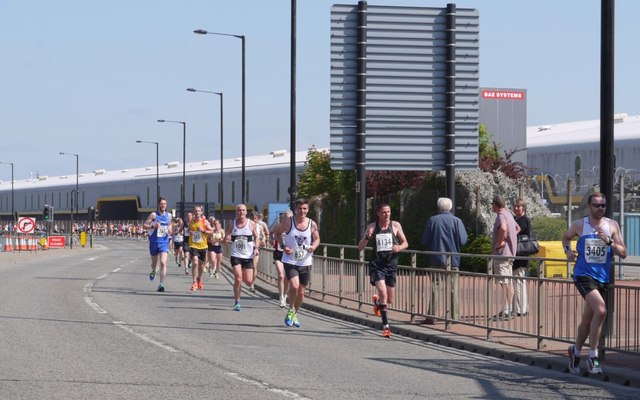