Great North Run: get injury treatment before it’s too late

The Great North Run is looming, and tens of thousands of runners of all abilities across the country are adding the finishing touches to their preparations.

However, for many, this can be a particularly stressful time, especially if they are trying to train with slight niggles and minor injuries.

There is a huge temptation to ignore these niggles, or just to hope they will go away: this is especially true of many of the dedicated charity runners who are taking part. They are so determined not to let anybody down that they often ignore problems with their body until it’s too late.

Plus, runners generally are quite hardy, and will frequently attempt to ‘run through’ their problems, not realising the extent of the damage that this approach can inflict.

People continue to train in the belief that running through pain or discomfort is better than doing nothing at all, but attempting an event as challenging as the Great North Run with even a very slight injury can have a number of effects, including:

One of the biggest issues we encounter with Great North Run runners is that they leave it too late to seek treatment.

It’s not too late to get professional treatment that could transform your Great North Run experience – but it may be too late if you leave it until the week before the event.

Some of the most common running-associated injuries we treat can include:

We do understand the dilemma: with four weeks to go before the GNR, people are petrified that they will be told to stop training, or not to take part in the event at all.

But at Newcastle Sports Injury Clinic, we will rarely tell people to stop altogether, unless an injury is particularly serious. We will address the causes of your injury, and can get you on the right path to performing to your best ability on 13th September. It will also aid your recovery time after the event and enable you to continue running more quickly.

With less than a month to go until the big day, it’s not too late to get treatment, and to make sure that you get the very most out of the world’s biggest half Marathon.

Contact us today to help get rid of your running niggles and make sure you get the most out of your Great North Run.

So far, runners representing the local branches of Diabetes UK, Cancer Research and Daft as a Brush have been helped.

The offer is being extended to any other runners representing local charities on 13th September. All we require is proof that you are representing and fundraising for a charity.

Slots are limited, and triage sessions will take place on Friday, 28th August and Tuesday, 1st September. Call now on 0191 233 0500 to book your place. 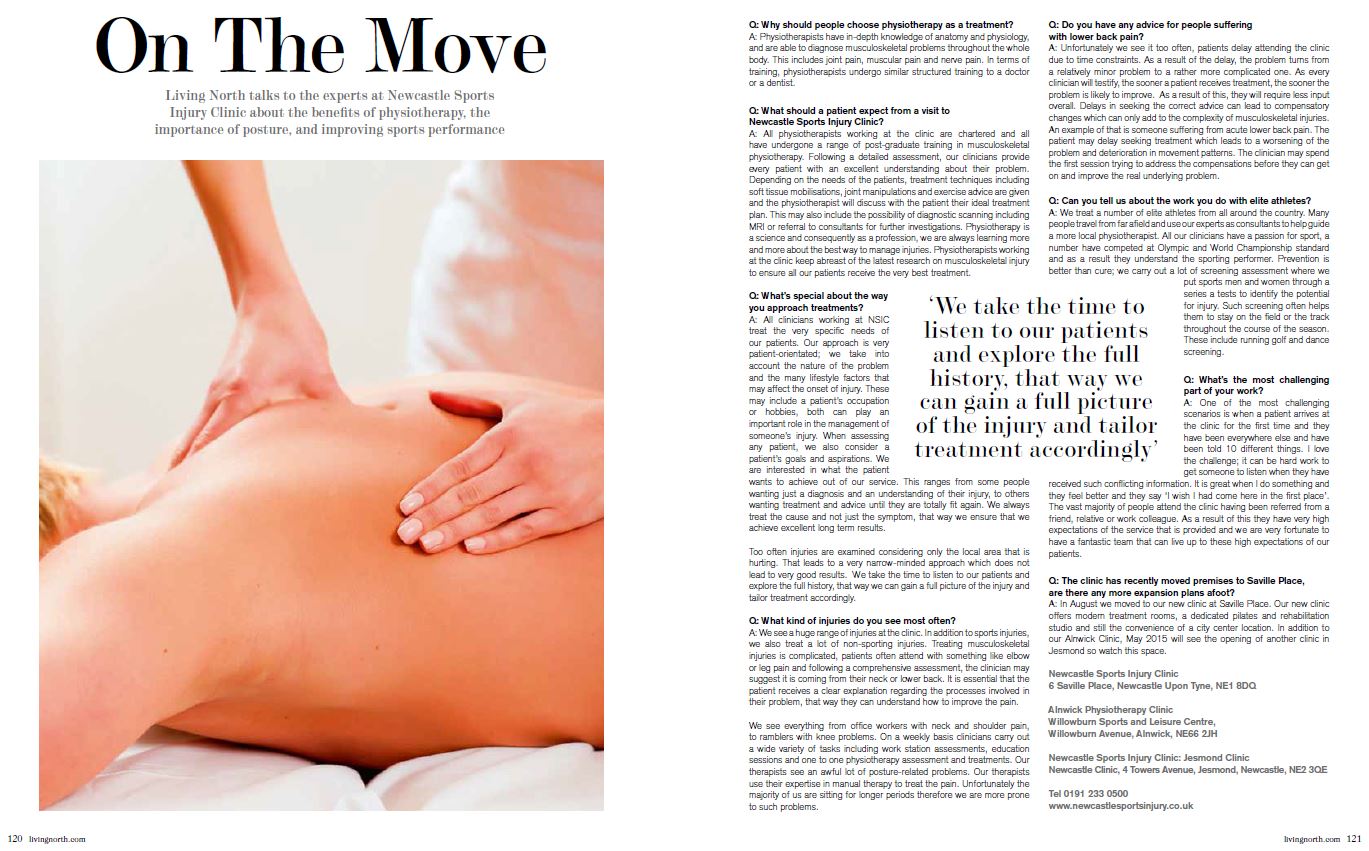 Living North: On The Move

Living North: On The Move